The Old Testament is about the history and religion of the people of Israel. It consists of thirty-nine books written before the birth of our Lord Jesus Christ. Some doctrines of scriptures are best understood only from the Old Testament times.

Does the Old Testament mention Jesus?

The Old Testament did not specifically mention the name “Jesus” but it did mention “Son” and as we know that Jesus is the Son of God.

This testimony or witness first appeared in the Old Testament in the abbreviated form of “SON”, it did not begin with the New Testament.

References to Son in the Old Testament are more numerous than in the New Testament. The good news is that it has helped believers recognize that Jesus Christ is indeed this Son of God.

Who first prophesied the birth of Jesus?

How many times was Jesus mentioned in the Old Testament?

What prophecies did Jesus fulfill from the Old Testament?

Jesus fulfilled numerous prophecies from the Old Testament but just to mention a few.

Prophecy: To be born of a virgin in the book of Isaiah 7:14

“Therefore the Lord Himself will give you a sign: Behold, the virgin shall conceive and bear a Son, and shall call His name Immanuel”.

Fulfilment: Matthew 1:23 “Behold, the virgin shall be with child, and bear a Son, and they shall call His name Immanuel,” which is translated, “God with us.”

Prophecy: To be preceded by a Fore Runner in Isaiah 40:3

“The voice of one crying in the wilderness: “Prepare the way of the Lord; Make straight in the desert a highway for our God.”

Fulfillment: John 1:23 “He said “I am “The voice of one crying in the wilderness: “Make straight the way of the Lord,” as the prophet Isaiah said.”

“And they made His grave with the wicked—
But with the rich at His death, because He had done no violence, nor was any deceit in His mouth.”

Fulfillment: Matthew 27:57-60 “Now when evening had come, there came a rich man from Arimathea, named Joseph, who himself had also become a disciple of Jesus. This man went to Pilate and asked for the body of Jesus. Then Pilate commanded the body to be given to him. When Joseph had taken the body, he wrapped it in a clean linen cloth, and laid it in his new tomb which he had hewn out of the rock; and he rolled a large stone against the door of the tomb, and departed”

Prophecy: Jesus was silent before His accusers in Isaiah 53:7

Fulfillment: Matthew 27:12 “And while He was being accused by the chief priests and elders, He answered nothing.”

Prophecy: The crucifixion of Jesus by having His hands and feet pierced in Psalm 22:16-18

“For dogs have surrounded me; the congregation of the wicked has enclosed me. They pierced My hands and My feet; I can count all My bones.
They look and stare at Me. They divide My garments among them,
And for My clothing they cast lots.

Fulfillment: Matthew 27:35 “Then they crucified Him, and divided His garments, casting lots, that it might be fulfilled which was spoken by the prophet: “They divided My garments among them, And for My clothing they cast lots.”

Prophecy: Messiah’s Resurrection. The resurrection of Jesus was mentioned in Psalm 16:10

“For You will not leave my soul in Sheol, nor will You allow Your Holy One to see corruption”

Fulfillment: Luke 24:5-7 “Then, as they were afraid and bowed their faces to the earth, they said to them, “Why do you seek the living among the dead? He is not here, but is risen! Remember how He spoke to you when He was still in Galilee, saying, ‘The Son of Man must be delivered into the hands of sinful men, and be crucified, and the third day rise again.”

Prophecy: Messiah would be preceded by Prophet Elijah in Malachi 4:5-6

Fulfillment: Luke 1:16-17 “And he will turn many of the children of Israel to the Lord their God. He will also go before Him in the spirit and power of Elijah, ‘to turn the hearts of the fathers to the children,’ and the disobedient to the wisdom of the just, to make ready a people prepared for the Lord.”

Prophecy:  Jesus would be the great light according to Isaiah 9:1-2

“Nevertheless the gloom will not be upon her who is distressed, as when at first He lightly esteemed .The land of Zebulun and the land of Naphtali, And afterward more heavily oppressed her, by the way of the sea, beyond the Jordan, In Galilee of the Gentiles.  The people who walked in darkness have seen a great light; those who dwelt in the land of the shadow of death, upon them a light has shined.”

Prophecy: Jesus would be the Passover lamb in Exodus 12:1-51

Fulfillment: I Corinthians 5:7-8”Therefore purge out the old leaven, that you may be a new lump, since you truly are unleavened. For indeed Christ, our Passover, was sacrificed [e]for us. Therefore let us keep the feast, not with old leaven, nor with the leaven of malice and wickedness, but with the unleavened bread of sincerity and truth.

“But you, Bethlehem Ephrathah, though you are little among  the thousands of Judah, yet out of you shall come forth to Me. The One to be Ruler in Israel, whose goings forth are from of old, from everlasting.”

How many books of prophecy are in the Old Testament?

What were the Old Testament prophecies about the coming of the Messiah?

Isaiah 7:14 prophesied the conception of a child by a virgin whose name would signify the presence of God. “Therefore the Lord Himself will give you a sign: Behold, the virgin shall conceive and bear a Son, and shall call His name Immanuel” Immanuel means “God with us”

Isaiah 9:6 prophesied the birth of a child by a virgin that is, the coming of our Messiah who would have the government on his shoulders and be called by titles that could only be rightfully ascribed to God “For unto us a Child is born, unto us a Son is given; and the government will be upon His shoulder. And His name will be called Wonderful, Counselor, Mighty God, Everlasting Father, Prince of Peace.

Micah 5:2 prophesied the exact location of Jesus birth as Bethlehem Ephrathah. Bethlehem was to be the birth place of the Messiah. This prediction of Bethlehem of Judea is highly important, it is the town and clan where King David was born.

“But you, Bethlehem Ephrathah, though you are little among the thousands of Judah, Yet out of you shall come forth to Me. The One to be Ruler in Israel, Whose goings forth are from of old, from everlasting.”

Although, the Gospel of Matthew (Matthew 2:4-6) depicts Herod the Great as asking the chief priests and scribes of Jerusalem where the Messiah was to be born, they replied by quoting Micah 5:2

Even though, some modern scholars think that the birth stories of the coming Messiah are mere formulations by some gospel writers in order to glorify Jesus and present His birth as the fulfilment of scripture.

Who prophesied the birth of John the Baptist?

These two Old Testament prophets, Isaiah and Malachi, prophesied the coming of John the Baptist but his birth was foretold by angel Gabriel in the gospel of Luke 1:13-15.

Isaiah 40:3 “The voice of one crying in the wilderness: “Prepare the way of the Lord; make straight in the desert a highway for our God. Behold, He is coming,”

Malachi 3:1 “Behold, I send My messenger, and he will prepare the way before Me. And the Lord, whom you seek, will suddenly come to His temple, even the Messenger of the covenant, in whom you delight.

What was the prophecy of Jesus’ Death in the Old Testament?

The death of Christ as a suffering servant was a great sacrifice and ultimate victory for believers. The Old Testament prophecy about the death of Jesus was predicted hundreds of years before His death. The prophecy of His death in the Old Testament can be seen in Isaiah 53:5- 9.

Prophet Isaiah mentioned that Jesus will remain quiet in the face of false allegations. He would be wounded for our transgressions so that by His stripes we would be healed because He has laid on Himself, the iniquities of us all (Isaiah 53:5-6).

He would be oppressed, afflicted and mocked yet, He would never open His mouth (Isaiah 53:7).

For He was cut off from the land of the living; for the transgressions of My people He was stricken (Isaiah 53:8).

The Saviour knew no evil yet he would die among the wicked – murderer and thief (Isaiah 53:9)

Furthermore, King David predicted that the Saviour’s enemies would surround Him like a pack of dogs. His hands and feet would be pierced, His bones would not be broken and people would cast lots for His clothing (Psalm 22:16-18)

What does the Death of Jesus Offer believers?

The death of Jesus is essentially what guarantees the benefits of redemption for every believers. This was clearly explained in the book of Revelations 5 verse 10, “saying with a loud voice: “Worthy is the Lamb who was slain To receive power and riches and wisdom, And strength and honor and glory and blessing!”

God’s words are true and can be trusted. They are forever settled and will surely come to pass (Matthew 5:18). Whatever has been predicted or prophesied about Jesus has already come to pass. Hold unto the living word of God because He can never deny Himself. Praise God!

Lord God, by Your Holy Spirit, let every word of prophecy and God’s promise concerning my life come to speedy fulfillment. I pray that the glory of God is seen upon God’s people in this present time. May I be ready for the second coming of Jesus. AMEN 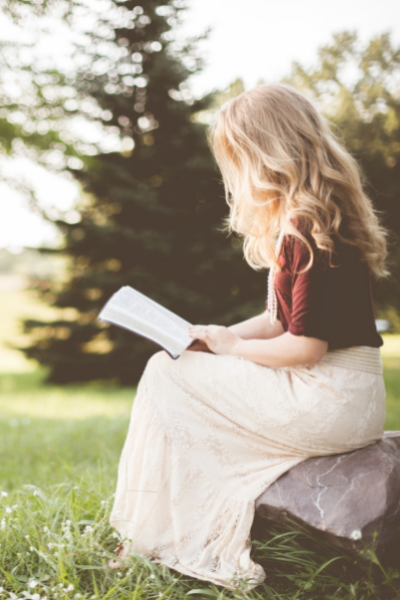